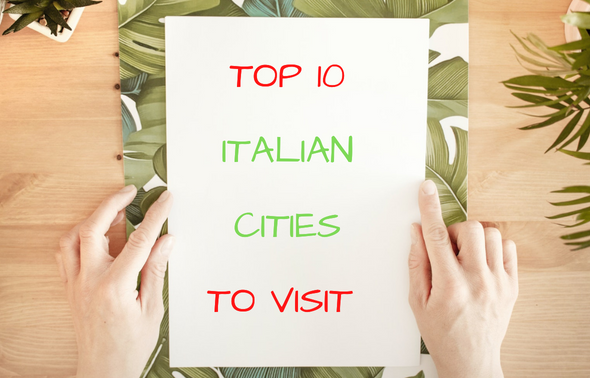 Today we’ll learn about the best Italian cities that you should take the time to visit at least once while you’re alive. Before we go on, it is important to keep in mind that we will be referring to the most universally known cities from il Bel Paese, not willing to dismiss lesser cities or towns as “worse” or “worthless”.

Italy can be considered very rich and diverse from an urban design point of view and you will find millenary cities as the eternal Rome, cultural spearheads as Florence (Firenze) and unique places such as Venice (Venezia), but also cities like Milan (Milano), that stepped gloriously and shamelessly into modern times and are metropolis rather comparable to Hamburg.

So, let’s not keep this from the beginning and let us start our tour around the best Italian cities town. 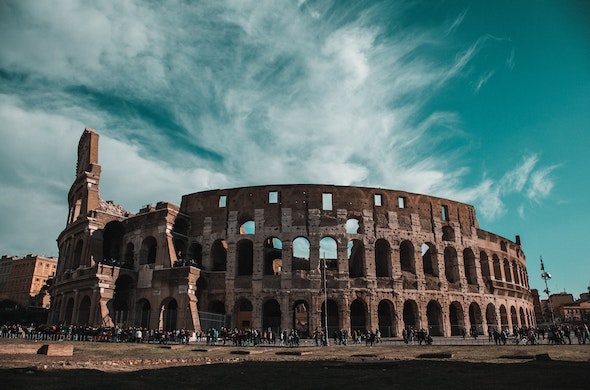 It’s no brainer that we kick this journey off with the capital of Italy and the capital of the ancient Roman Empire that, we do not need to remind this very much to anyone, spread back in the day to the extent of occupying a great amount of Europe. Founded by twins Romulus and Remus, Rome hosts some of the most breathtaking and beautiful Italian places to watch: the Colosseum, where -as we know from movies such as Ridley Scott’s Gladiator- took place important sports events for the joy of the population.

Have some coins ready to step by the Trevi Fountain: it is the visitor’s traditional duty to throw the coin into the water. You throw it using your right hand over your left shoulder. Of course, you may see it as an investment, because if you throw one coin, the myth (or superstition) states that you will come back to Rome; throwing to coins will lead you to meeting an attractive Italian, while if you throw three coins, rest assured you’re marrying this person. Films ranging from Roman Holiday and Fellini’s La dolce vita to The Lizzie McGuire Movie have also been set at the Trevi Fountain.

Other important places to pay a visit are the Arch of Constantine, the Pantheon, the Roman Forum, Vittorio Emanuele II Monument, Santa Maria Maggiore, and many more. 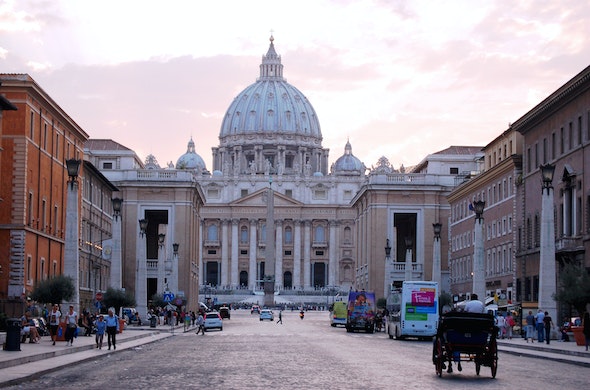 Within the Roman area, the Vatican, said to be the world’s smallest state, deserves to be highlighted on its own merit. The seat of the Holy See and spiritual heart of the Catholic faith, it lodges St. Peter’s Square and St. Peter’s Basilica; an obelisk that was originally taken by Caligula from Egypt; the Vatican Museums, and some others. You can access the Vatican just by walking in the Rome area, actually as if Vatican City was just one more Roman neighborhood, even though the Vatican as a state issues passports of its own. 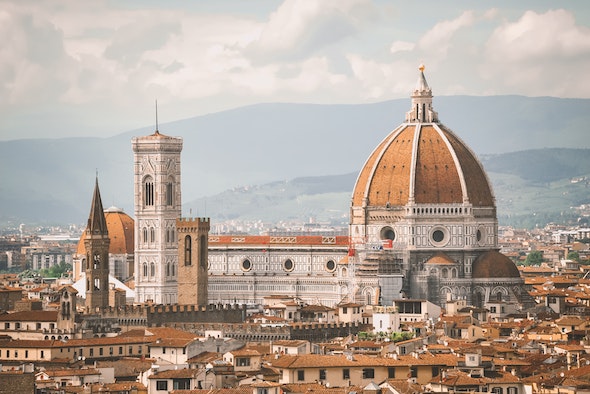 It should not surprise you that this is one of the most beautiful Italian cities: the Renaissance was born by the end of the Middle Ages, when the city literally became a world power, a hub for commerce and trade that allowed for advancements in science and arts that we can observe and appreciate to this day. A favorite for students and the youth in general, it houses museums among which we must bring the Uffizi to your attention: there most of the fundamental High Renaissance works of art are collected. Also, if you buy your tickets in advance and visit the Galleria dell’Accademia, you may have a look of the original Michelangelo’s David, perhaps one of the most world-widely known statues (there is a replica outside Palazzo Vecchio). 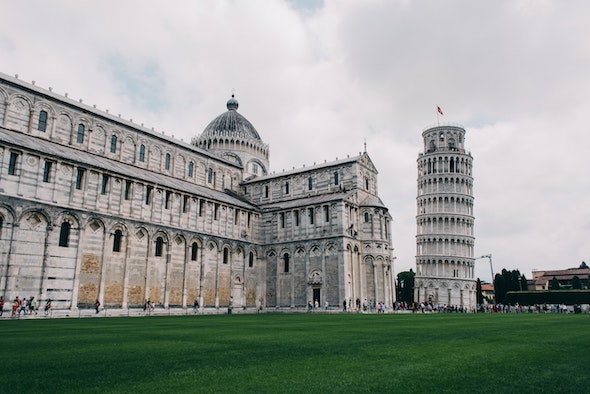 In the same Tuscany region, moving westward quite a few kilometers off Florence, get to Pisa and, besides enjoying the architectonic beauty of the city and its green areas, prepare to become astonished with the Leaning Tower (torre pendente). 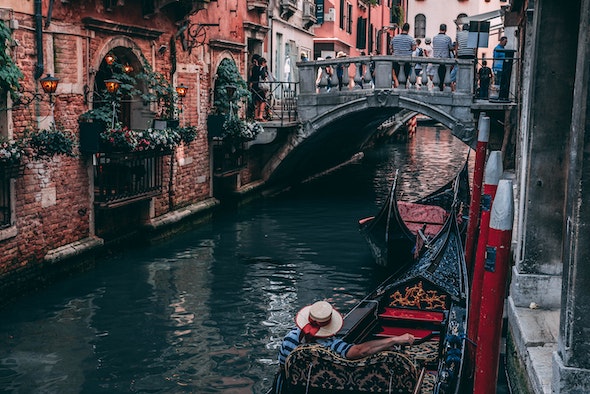 One of the best Italian towns to visit in the sense that it is very much a relic, a city like no other: Venice was built on the water and legends (or certainties) have it like it will one day sink, so you definitely need to go there before that happens. Also, it is very easy to tell who is lying about having ever been there: if someone goes like they had a nice car ride across St. Mark’s Square, that person is not aware that Venice cannot bear land motor vehicles: you either walk (easy pie, since it is not large however a maze it turns out for you in the end) or use the water transportation (I traghetti or passenger boats). Having the opportunity, visit Venice, take a walk to St. Marks, to the Lido, look at their outstanding bridges (Rialto being the most sought after by tourists), but if watching your budget enters the agenda, make reservations and try to have breakfast, lunch and dinner outside Venice, preferably in Mestre or, even better, Treviso.

OTHER CITIES TO VISIT ARE: 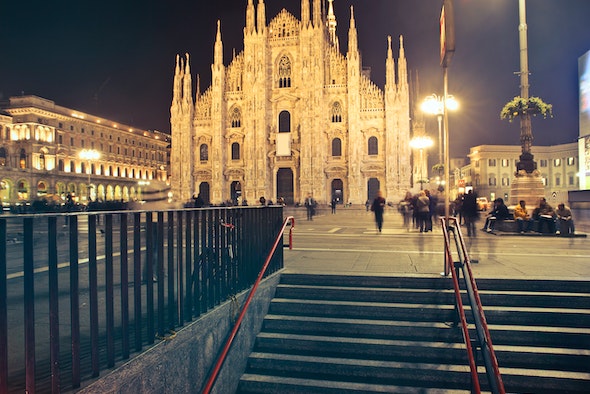 Milan has had great development over the years and may be considered the most Western-like urban center in Italy. Many big, international companies have chosen Milan for their local headquarters: but there are also magnificent buildings, such the Duomo and, very importantly, La Scala (for opera lovers). 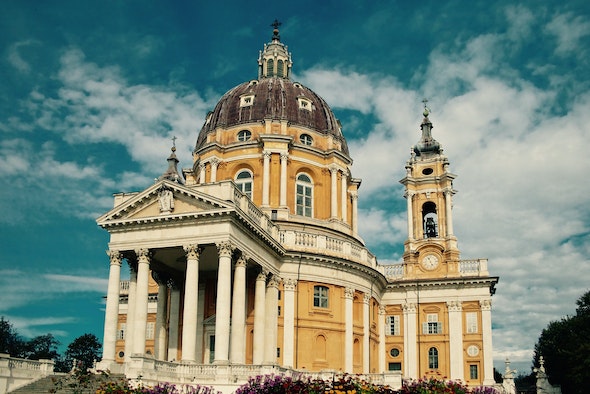 This city, situated in the Piedmont Region, was the first Italian capital from 1861 to 1865. As per economic strength, Turin ranks third nationally only after Rome and Milan, which is a lot to say, and home of the core Italian automotive industry (FIAT, Lancia, Alfa Romeo). There you may visit important places of interest like Palazzo Madama, Piazza San Carlo, the Royal Palace, and many more. 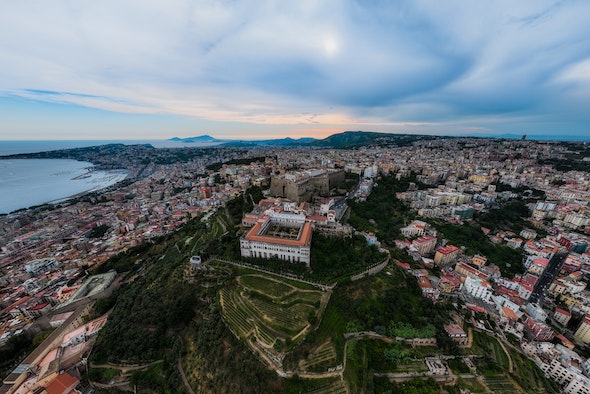 With its coastal panorama, its gorgeous views of Mount Vesuvius, and additional greatness no one wants to tell you to see, the Piazza del Plebiscito, this former duchy, then kingdom, may be considered the pearl of Southern Italy and, of course, the birthplace of pizza. 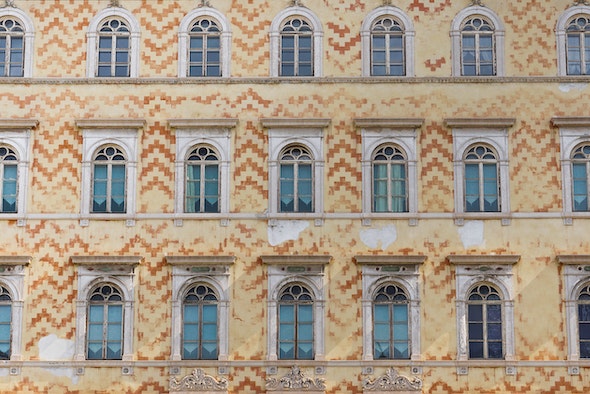 If Naples reigns in the south, Trieste, the gate to Eastern Europe, City of Wind or City of Bora (as this wind typically blows here) is the jewel of the crown in the north. You may extraordinary see views of the city from Molo Audace and take a look at the huge buildings (palazzoni) thrown up. Same as other Italian cities, there is a monumental square to pay a visit to, Piazza Unità d’Italia. It’s been rated as one of the best small cities to live in and among the safest in the whole world. 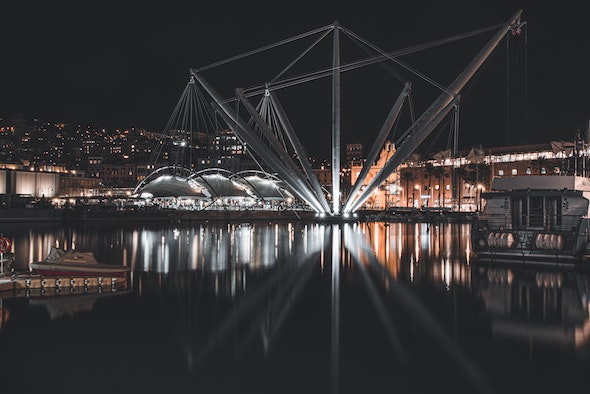 Don’t forget to give Genoa (Genova in Italian, not to be confused with Geneva, Switzerland, which stands quite far away) a chance. Home of the busiest Italian seaport, it used to be one of the most powerful maritime republics (long before Italy became an only geopolitical entity) and it was nicknamed la Superba (the Proud One) by Petrarch. Part of Genoa’s historical center is inscribed on UNESCO’s World Heritage list, so don’t forget to go to Le Strade Nuove and the system of the Palazzi dei Rolli.

These are just some of the best Italian cities. In general, Italian towns tend to be great-looking, aside from offering echoes from times, sounds and fragrances that you will hardly find in other cities.