Reading the best contemporary Italian writers is a good idea if you are learning Italian. This will connect you with the Italian culture and some exquisite writings which if you are a more advanced student will help you improve your Italian level. 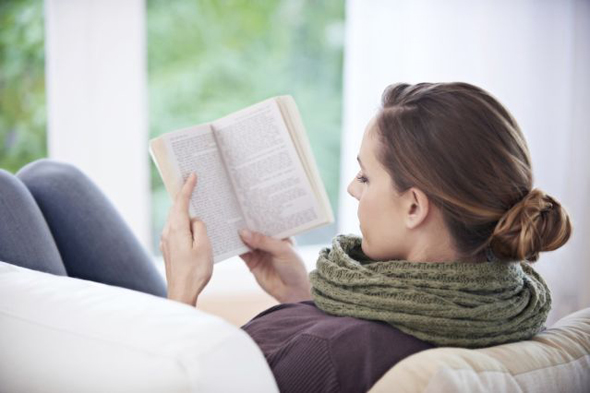 Some of the best contemporary Italian writers are listed below. Take a look at the list and get to know a bit about them.

He is an Italian writer born in 1966 who started out studying biology and then later discovered his passion for writing. He is responsible for some greatest literary successes that have also been adapted for the cinema, such as I’m Not Scared (Io non ho paura) and As God commands (Come Dio comanda).

After publishing his novel Silk (Seta) in 1996, Baricco has become one of the most well-read Italian writers. He was born in 1958 and still continues to enjoy success as a writer.

This writer was born in Bologna in 1947. His novels are a satirical observation of the Italian society. He also writes for the Italian media and newspapers such as Il manifesto, and works in other areas such as poetry readings and theater.

Born in Sicily in 1925, Camilleri is an Italian novelist and also a theatre and television director. His most famous works are the Montalbano series written in a mixture of Italian language and Sicilian dialect.

Carofiglio’s narrative work mainly focuses on the Italian murder mistery, which brought him great success and international recognition. Some of his most important novels are Involuntary Witness (Testimone inconsapevole) and A walk in the Dark (Ad occhi chiusi).

Born in Naples in 1958, De Giovanni became famous in his 50s when he wrote a winning work set in Naples about the investigator Ricciardi, which then became the main character of all his novels.

Born in Naples in 1950, De Luca originally worked as a truck driver and as a mason. To date, he has written more than fifty works, including Not now, not here (Non ora, non qui) and me, you (Tu, mio).

Faletti was born in 1950 and worked as a singer for a while, and also performed on television. His first book was titled I kill (Io Uccido), a suspense novel that was published in 2002 and sold millions of copies.

Elena Ferrante is the pseudonym of an Italian writer of which little is known. She is famous for her Neapolitan Novels, a 4-part series which include the novels My Brilliant Friend (L’amica geniale), The Story of a New Name (Storia del nuovo cognome), Those Who Leave and Those Who Stay (Storia di chi fugge e di chi resta), and The Story of the Lost Child (Storia della bambina perduta).

This Italian writer was born in 1961. Her writings include Don’t move (Non ti muovere) which was adapted for the cinema. The film was directed by her husband Sergio Castellitto.

Once you get to know the work of these best contemporary Italian writers you will not stop until you have read them all. If you have any doubts about this topic or any other Italian language issue, please contact us as it is important for us to support your Italian learning process.